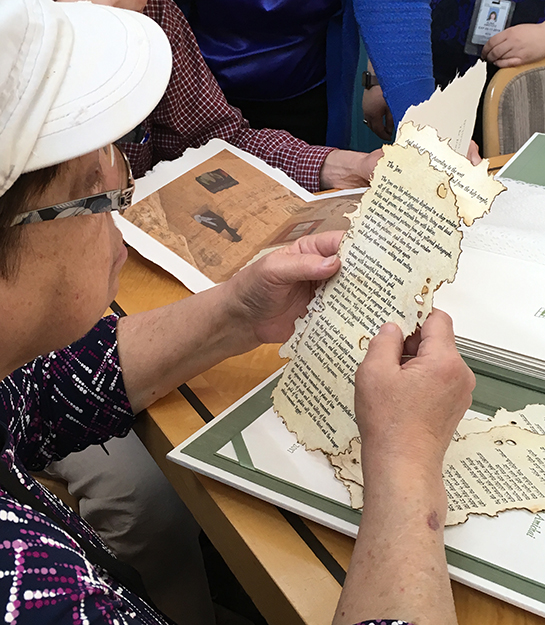 Reading the Amichai poem, “The Jews” at the USHMM

It is hard to describe the feeling as I took the elevator upstairs.

On the eve of Israel Independence Day recently, I presented the U.S. Holocaust Memorial Museum library in Washington, D.C., with a copy of my work, The Amichai Windows.

I had used a number of photos from the museum’s photo collection. After I finished my artist book, I brought in a copy to show to Lenore Bell, the library director, and Judith Cohen, who was in charge of the photo archive. They fell in love with the work and said that they would try to find a donor.

In my 10 years of making the work, it’s not something I ever anticipated. A year later, though, they wrote to tell me that they had found a donor to underwrite the artist book’s acquisition. So, it was only fitting that I would deliver their copy of The Amichai Windows on the eve of Israel’s Independence Day.

My wife, Laura, and I gathered in a conference room in the library with a handful of librarians, museum employees and volunteers. And then a remarkable coincidence happened. One of the images that I had used in the spread for the poem, “Eternal Window,” contained a photo of a young girl who had survived and later volunteered at the museum. 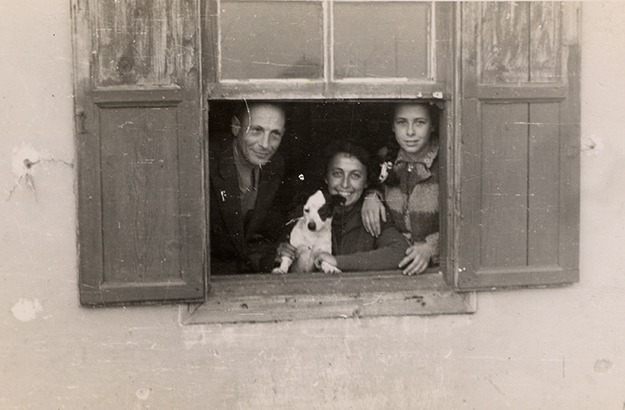 The Gerechter family, who fled from Nazi Germany, looks out the window of their refuge in Albania. Reprinted courtesy of the United States Holocaust Memorial Museum.

You can see Joanna Gerechter to the right in the photo above. She and her parents, German Jewish refugees, are looking out the window of their one room home in Albania.

Hidden by a Muslim couple, they later avoided deportation by fleeing from city to city. In  1944, they were freed by Communist partisans and eventually immigrated to the United States.

Joanna Neuman (nee Gerechter), who donated the photo to the museum, was always talking about how a Muslim had family had saved her during the war. She loved to talk with children about it and the need for tolerance.

I only wish that she were still alive and been able to join us at the museum to see what had been done with her picture. 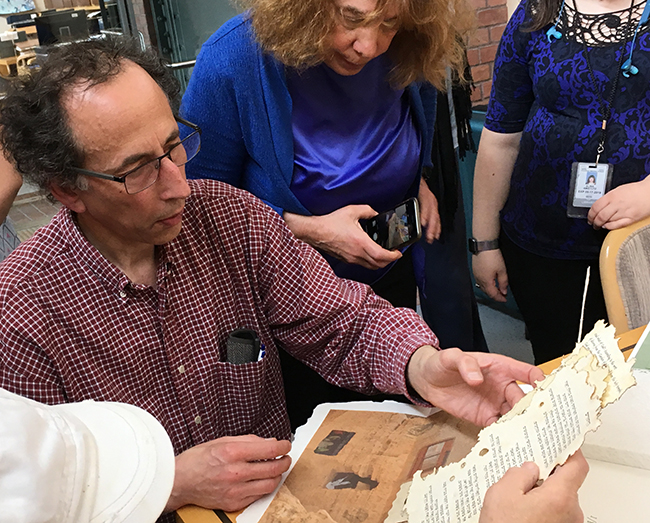 Rick Black at the USHMM